Satan is the Great Counterfeiter 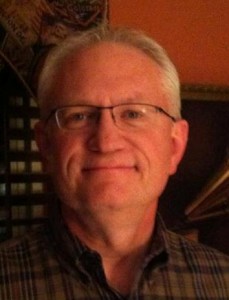 Satan is the Great Counterfeiter.  As the Father of Lies, he specializes in deception.  From the beginning, he has tried to substitute an inferior alternative for the real deal, always with devastating results.  Let’s look at the record.  He offered himself as a replacement for God and ended up banned from heaven.  He substituted a lie for the truth about the forbidden fruit, resulting in the spiritual death of the human family.  He filled the world with idolatry, causing people to stray from God’s path and forfeit His blessings. He rewrote the origin of the world, replacing creation with random theories and atheism.  And he has deluded the world into believing that an unborn baby is just a choice, leading to the disposal of millions of precious lives.  He has convinced countless women that the critical role of wife/mother is beneath them, suggesting instead that they assume the man’s role.  The outcome?  Children being raised by “a village” of strangers instead of their own nurturing mothers, and thousands of unfulfilled, guilt-ridden women.  Additionally, he has nearly succeeded in persuading the world to discard God’s ordained structure for the family, with a man and woman as its nucleus, in favor of abomination incapable of perpetuating the race, leading to social chaos and divine judgment.Even more disturbing are the false prophets who discard or dilute the Gospel of Jesus Christ, offering in its place a vague and casual mental acceptance, devoid of conviction, repentance or contrition.  The result?  Millions damned to perdition.  The only antidote for all this deception is truth.  It is the truth of God which sets free those enslaved by Satan’s lies, and lifts from their eyes the scales of delusion.  May we, as the children of God, strive to advance His Church, the pillar and ground of the truth.  May we bear witness to true salvation and expose Satan for The Great Counterfeiter that he is.

Posted in Uncategorized | No Comments »